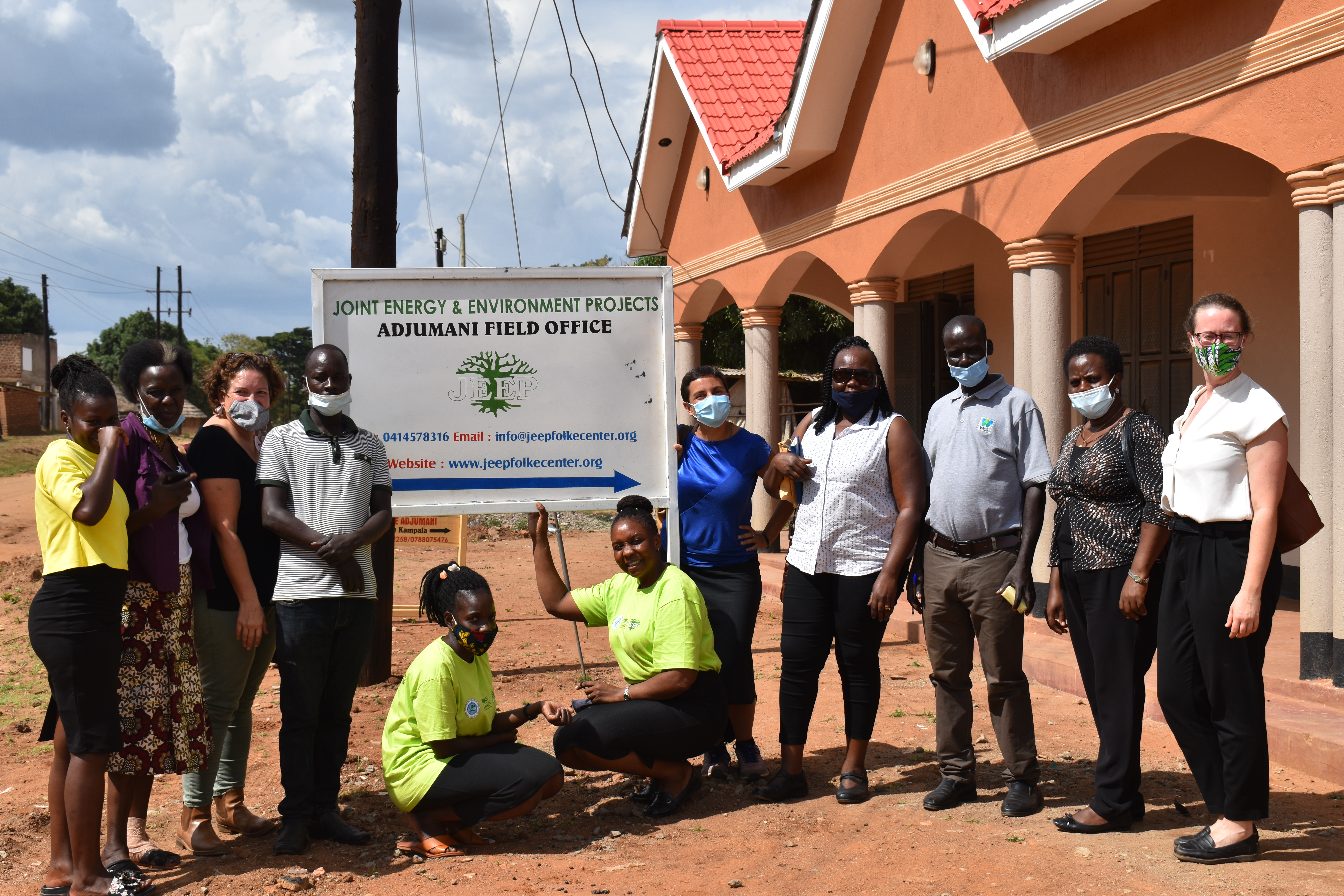 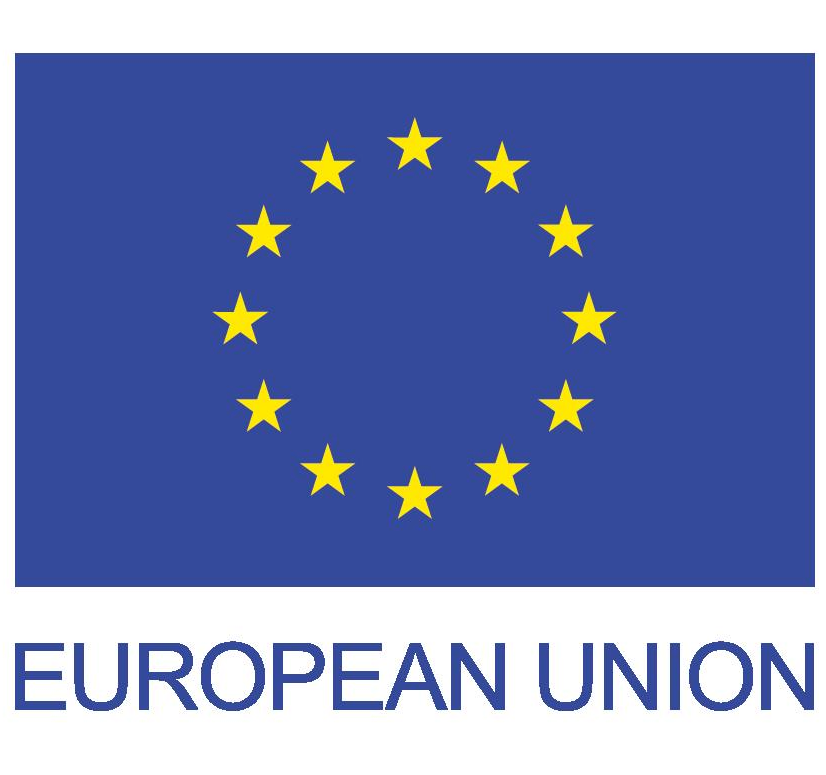 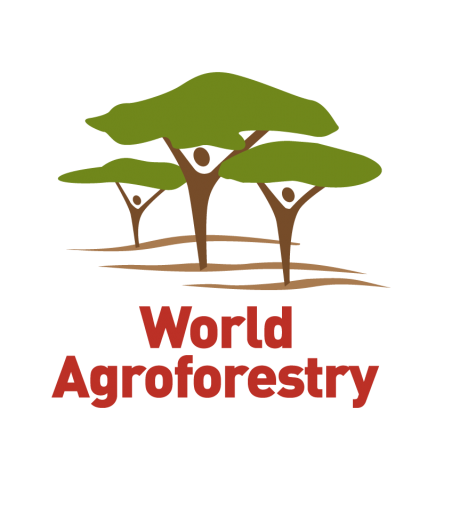 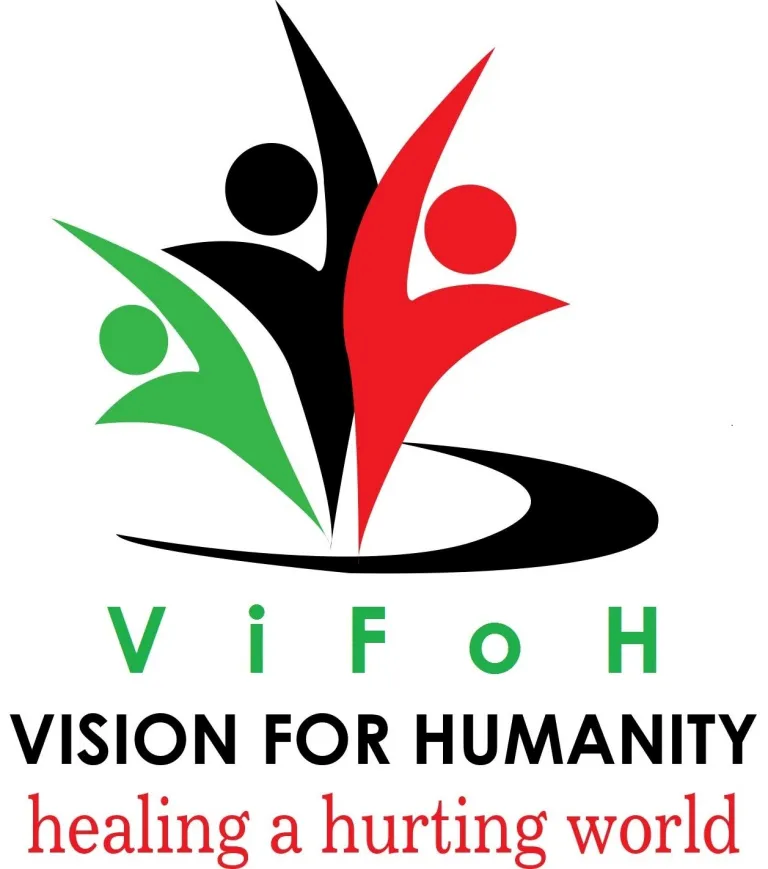 Mid-December, a one-day seminar about conflict resolution structures was given in Adjumani Town, Resident District commissioner’s Hall. It aimed to equip the committees with knowledge and skills in conflict resolution and management, especially in the scope of scarce natural resources. 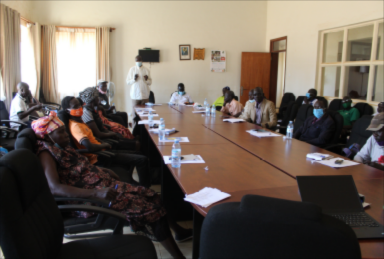 The awareness seminars were carried out to introduce the EUTF-RED project to the identified existing community structures in the project operational areas. In addition to the above, the seminars were conducted to orient the existing conflict resolution structures with in the communities i.e. Sub- County and settlements on their roles as far as conflicts related to Environment and natural resources are concerned. Joint Energy and Environment Projects (JEEP) conducted awareness seminars for the existing conflict resolution structures.

Awareness seminars for conflict resolution structures were successfully conducted in 4 Sub-Counties and 11 settlements in Adjumani district and 119 members were involved in the awareness. The seminar covered introduction of the EUTF-RED project, roles of the existing conflict resolution structures as far as environment and energy conservation is concerned in the implementation of the project, the members actively participated and pledged total commitment to support in resolution of conflicts since they were still doing the same within their communities. The members urged themselves to create more awareness within their communities to reduce conflicts in the communities they lead. 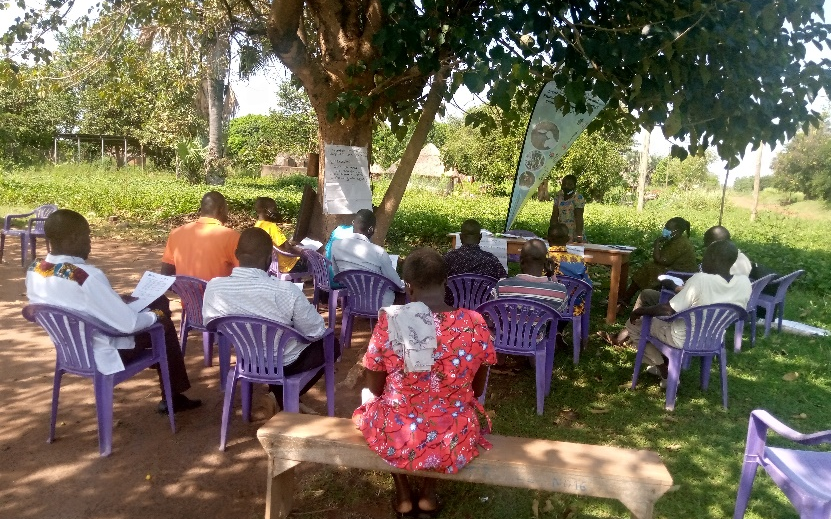 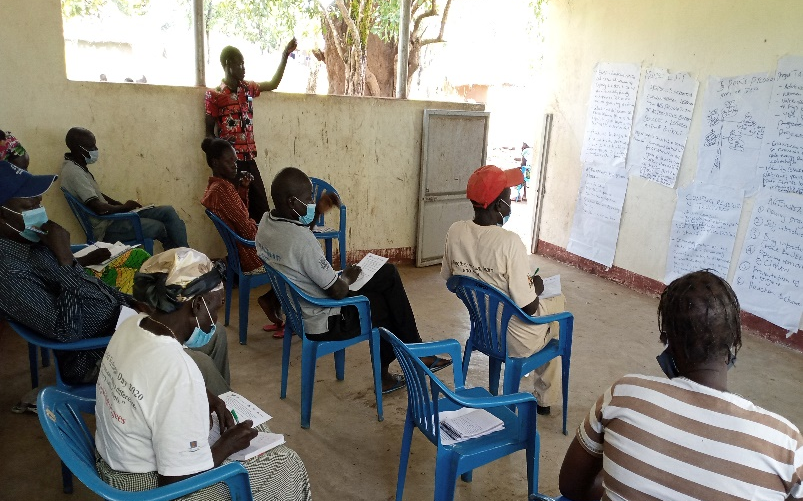 The validation exercise was carried out in the 4 sub counties of Ciforo, Itirikwa, Pachara and Ukusijoni to identify beneficiaries in line with the project selection criteria and profiling tool. Beneficiaries meeting certain criteria were selected to be trained in construction and maintenance of alternative energy technologies.

The training workshop was carried out as a means of taking a Training of Trainers under the Youth Resilience Program (YRP). The YRP is the manual/content the community-based facilitators will deliver to the youth and parents/care givers on life skills for success.

The major aim of the training was to demonstrate knowledge on Youth Resilience Program (YRP), youth friendly facilitation methods in delivering YRP and equip the CBTs (Community Based Trainers) with knowledge and skills in application of the Common Approaches in delivering Transferrable Life Skills and ASRH programs.

After the training, the TOTs (Trainers Of Trainees) / trained CBTs will transfer the gained skills to the identified 600 local artisans including boys and girls between the ages of 14 and 20 (and their parents and caregivers), but may also benefit those above this age.

The recruitment of community-based facilitators was carried out to identify and select community members to act as community based facilitators during the implementation of project activities. These will be trained in life skills for success as trainers of trainers and they will be responsible for passing on the acquired skills to the selected project beneficiaries, community mobilization, support in project monitoring in Adjumani district. 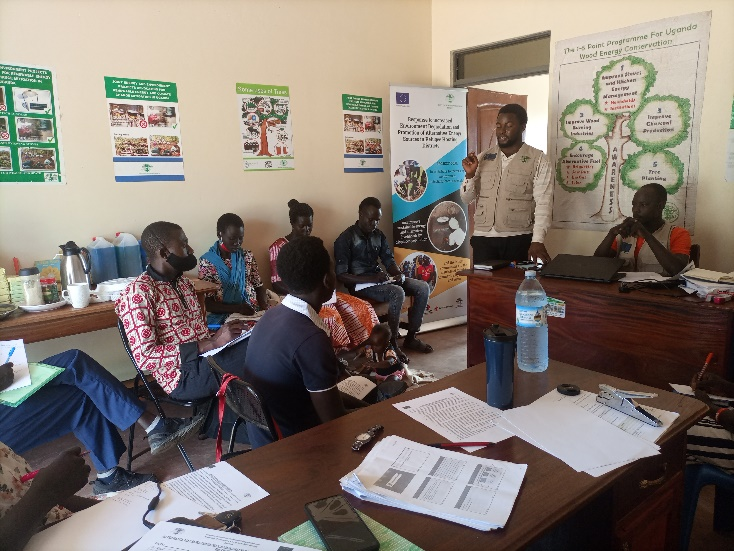 Recruitment of community based trainers in Adjumani District

The community target meetings were carried out to validate identified beneficiaries as per the project selection criteria and profiling tool. The verification exercise was targeting host and refugee communities living in and around the refugee settlements. It was anticipated that when identified beneficiaries are verified in reference to the selection tools, JEEP was able to select beneficiaries from the communities who met the set criteria and who will in turn be able to pass on the gained knowledge to other community members. These will as well fully support the promotion of alternative energy technologies in the communities.

The target meetings were conducted in the four sub counties of operation; Itirikwa, Ukusijoni, Ciforo and Pachara and their respective refugee settlements of Mungula I, Mungula II, Maaji I, Maaji II, Maaji III, Agojo and Alere.

The validation exercise of the project beneficiaries was successfully conducted in the four operation Sub-counties and the 7 settlements of Adjumani District with support from the leaders within the Sub-counties and settlements. 150 beneficiaries were verified to be trained as local Artisans. These beneficiaries were thoroughly explained to why the exercise is being conducted and later asked if they are willing to be trained in Energy Saving technologies as far as the JEEP RED-EUTF project is concerned.

The training workshops were carried out to orient the selected Sub County Advisory Board (SAB) on the selection criteria for the project beneficiaries in the allocated sub counties of operation to gain their full support in beneficiary identification process. The identification process targets host and refugee communities living in and around the refugee settlements. As direct users of energy and natural resources, refugees and host populations face limited access to alternatives and use of renewable energy making this a key priority in environment protection.

The workshops were conducted in the four sub counties of operation; i.e. Itirikwa, Ukusijoni, Ciforo and Pachara.

Sub-County Advisory board trainings were successfully conducted in 4 Sub-Counties in Adjumani district and 35 Board members were trained. Presentations covered the activities to be conducted as far as the project is concerned, roles of the Sub-County Advisory board in the implementation of the project, beneficiary selection criteria, the target beneficiaries, number of beneficiaries to be selected in each host and refugee community. The Advisory board members actively participated and pledged total commitment to support implementation of the project to achieve desired project objectives. There is a lot of environmental destruction in the community and limited awareness on existing environmental laws and policies for example, deforestation for charcoal, wood fuel, among others as stated by some members. Therefore, the SACAOs urged awareness seminars to be extended to the grass root levels and tasked every board member to be the Ambassadors of this project in the communities they lead. 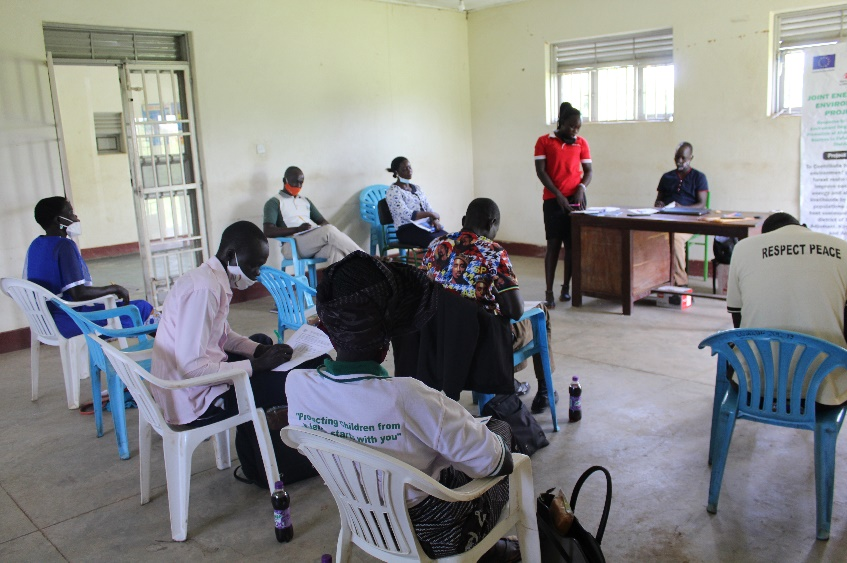 The inception meetings were intended and carried out to enlighten the sub county leaders on the project implementation and execution as well as share ideas on how sub county advisory boards would be formed that are key in the selection of the project beneficiaries from communities. They were held in a participatory way, which involved attainment of views and ideas of all leaders in an interactive way.

The sub county inception meeting was successfully conducted with minimal challenges such as unforeseen political swearing of leaders that delayed start of the meetings and postponement of some meeting. 100 sub county leaders were engaged from the four sub counties of operation. JEEP managed to introduce the project to the sub county leaders who embraced the project idea and committed to supporting implementation. It was learnt that for future projects, there is need to consider equal distribution of resources among the refugee and host communities in Adjumani district. 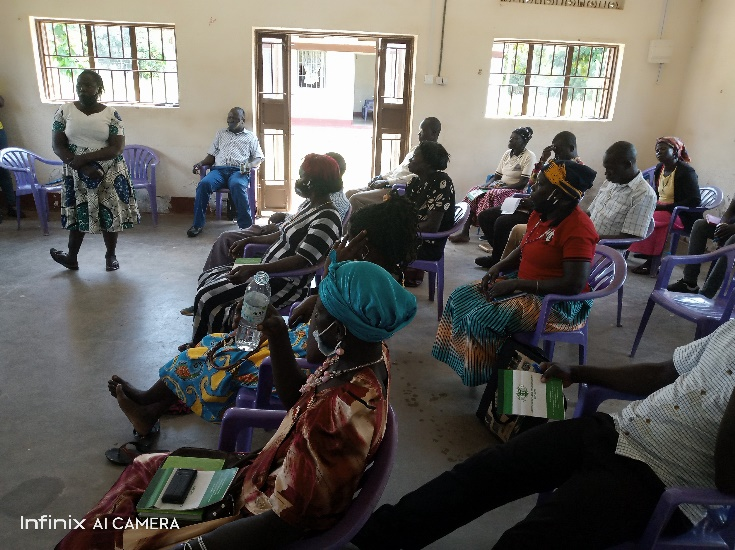 The activity was intended to introduce the project to key project stakeholders in the district. This therefore involved courtesy visit to the sub counties of operation, district offices and other implementing partners in the district such as Lutheran World Federation (LWF), United High Commissioner for Refugees (UNHCR), Friends of Zoka and Uganda Biodiversity Fund.

The launch of the EUTF project in Adjumani was successfully conducted. The partners together with the EU delegates managed to engage district officials and other key implementing partners in the district who committed themselves to support project implementation so as to achieve the set objectives.

The inception meeting was carried out to introduce the project to Adjumani district officials so as to gain their full support in project implementation. This was intended to help gather any information on existing and similar interventions in the district which could be helpful in project implementation. The seminar was conducted in a participatory way which involved getting views and ideas of all leaders in an interactive way. 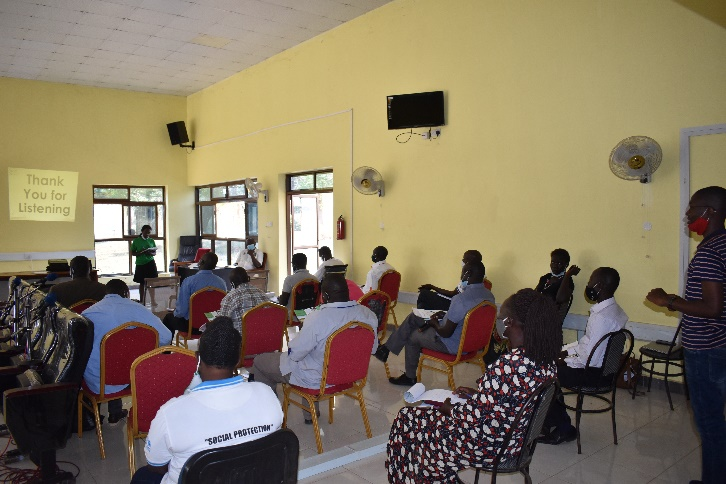